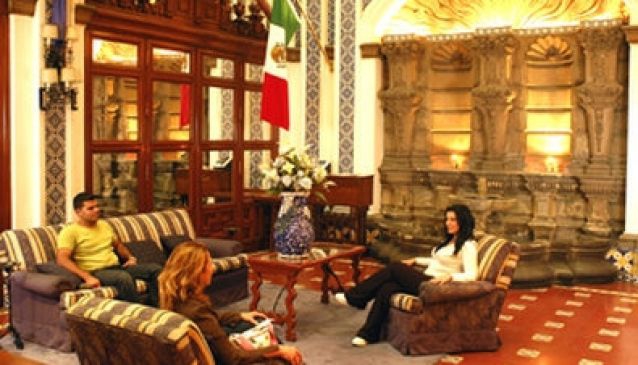 The Best Western Majestic is an absolutely stunning four star hotel located in the Zocalo, the heart of downtown Mexico City. The building faces the National Palace, the Metropolitan Cathedral, the city government buildings and is situated only two blocks from the Aztec Temples.

This hotel is a seven story building from the beginning of the 20th century. The lobby is designed in a Baroque style, and there the stone work, carved wood, bronze and 'talavera' of Puebla combine in a unique way.

Guests can admire a panoramic view of the Zocalo from the rooftop of the building, where La Terraza restaurant is located.

The hotel is situated near top tourist attractions such as the Palace of Fine Arts, the Government building, the Theatre of the City, close to Chapultepec, Central Park Alameda, Polanco, World Trade Centre, and the Anthropology Museum.

Moreover, this beautiful hotel is near other places to exercise such as basketball courts, dancing studios and exercise facilities.