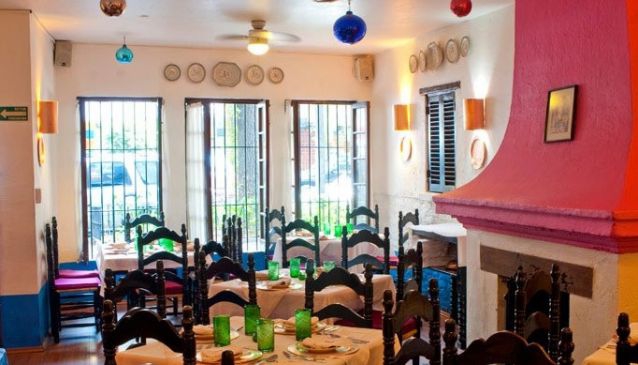 The life of la Fonda has surpassed 57 years of existence by keeping almost all the principles of its founder and made an impeccable national and international prestige.
With their persistence, the Fonda has become reference in Mexican gastronomy always preserving the Mexican culinary tradition.
Located in Liverpool Street of the Porfirian Colonia Juarez, renamed as Zona Rosa. Where it was founded. It has continued to be a paradigm for the artistic and intellectual world of Mexico. A curious fact is that Octavio Paz decided that La Fonda el Refugio should be the one serving the official banquet that will be given from the President of Mexico at the Los Pinos residence to celebrate the Nobel Prize which was awarded to him on 1990.