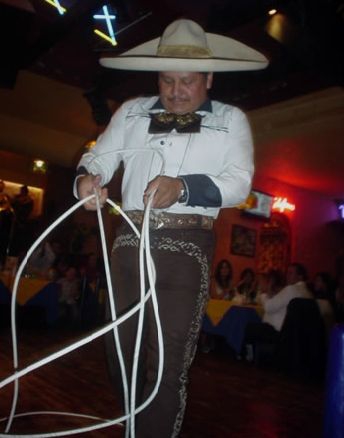 La Delicias has been a feature of Mexico City's Federal District for over 80 years now. Today it continues to upkeep the traditions and rituals which have been part of its make up since it first opened its doors.

Its cuisine consists of authentic Mexican dishes which are prepared using local ingredients and traditional recipes. Enchiladas, tacos and burritos are just some of its offerings. The restaurant also has a great selection of beverages, both non-alcoholic and alcoholic. As well as that there is a huge choice of delectable desserts.

La Delicias is most known for their entertainment. They have a great range of shows which they put on for diners during the daytime and the nighttime. These shows include mariachi bands, Mexican bailables, traditional dances and many more. There are also shows specifically for kids, such as circus acts.