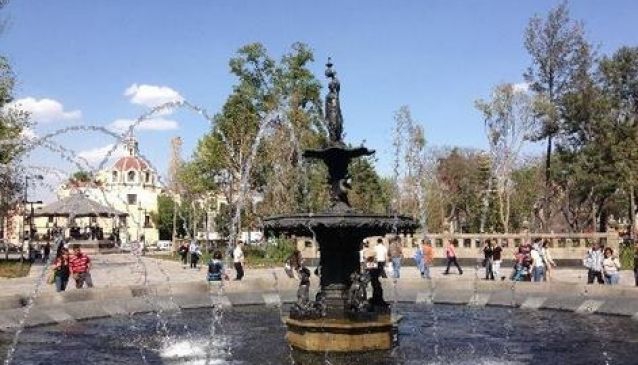 Nestled in between Juarez Avenue and Hidalgo Avenue, Almeda Central sits opposite the Palacio de Bellas Artes in downtown Mexico City. This urban park is the oldest promenade in Mexico City and covers a total of 513 metres from east to west. Its total area of 13.2 hectares is sectioned into 24 triangles that are filled with green gardens, paved paths and decorative fountains and statues. Almeda Central is often the centre of civic events in the city and was once used as an Aztec marketplace. The park was created to give beauty to the city and became a playground for its inhabitants after being created in 1592. The park has become a symbol for the city and as a traditional Mexican park, with many other parks taking their inspiration from it. The five main fountains within the park are of a French design inspired by Greco-Roman mythology. There is also a bandstand and a monument dedicated to Beethoven.