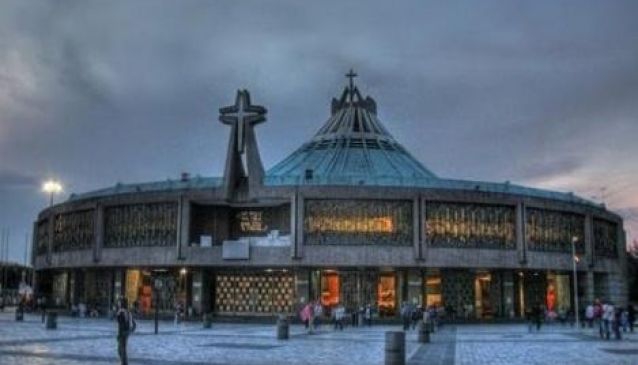 The new basilica sits next to the old basilica in Plaza de las Americas and is one of the most important pilgrimage sites of Catholicism.

Basilica de Guadalupe is Best For

Also known as La Villa de Guadalupe and situated in the north of Mexico City, the Basilica de Guadalupe is a minor basilica and national shrine to 'Our Lady of Guadalupe'. The shrine sits where it is believed that Guadalupe appeared to Juan Diego Cuauhtlatatoatzin and houses the original apron of Juan Diego that depicts Guadalupe.

The new basilica sits next to the old basilica in Plaza de las Americas and is one of the most important pilgrimage sites of Catholicism. The site is visited by millions of people every year and is particularly busy around the Feast day of Guadalupe on 12th December. The new basilica spreads 330 feet in diameter and can accommodate up to 50,000 people. Its circular floorplan allows for the Guadalupe, who is based in the centre, to be viewed no matter where you stand.

There are nine chapels on the upper floor and the Basilica's crypts sit underground, with 15,000 niches and 10 chapels. It is no longer possible to visit the old basilica due to its sinking foundations.