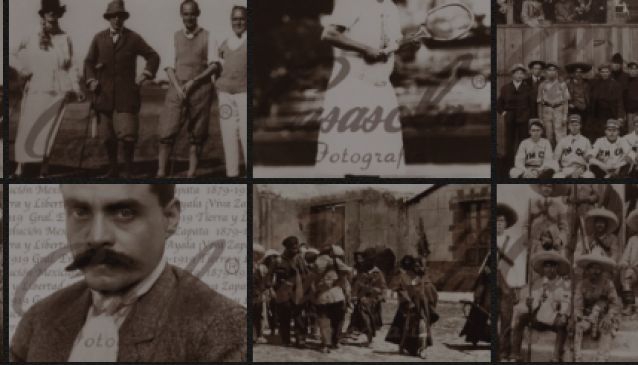 This business was started by the photographer Agustin Victor Casasola late last century, who devoted himself to gather the most representative photographs of the revolutionary era, forming the famous Casasola archive.

The Casasola Archive contains photographs of Mexico from 1900 until the early 1970s , offering a look that covers the last years of the nineteenth century . The Casasola background contains positive and negative films, in various formats and on various photo media.

Since 1976 , is preserved in the heated rooms of the National Photo Library, the National Institute of Anthropology and History (INAH) in Pachuca, Hidalgo , Mexico , in the former Franciscan convent, now a cultural center. Work in your library is to ensure the conservation and cataloging of the photographic heritage.

Casasola Photo Bazaar is open Monday to Saturday from 10:30 am to 7 pm.