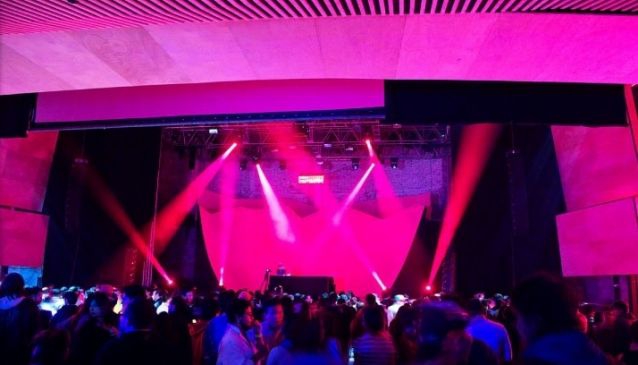 Sitting on what it used to be one of the most popular movie theaters of Mexico City during the 20th century, the 'Cine Las Americas', today's Blackberry Auditorium considers itself as 'part of the cultural evolution of Mexico City'.
This auditorium is dedicated to promoting music, culture and arts. It was planned and designed by a group of local experts on education, arts and culture. Since 1952, when the massive cinema opened its doors, this buildings architecture was designed to have an excellent acoustic, which is preserved up to date. It can host more than 2,700 people in many types of events, such as concerts, expos, conferences, food festivals, exhibitions and much more. Among the most popular events, it houses 'Mesamerica', a food fair with some of the most distinguished chefs of the world!