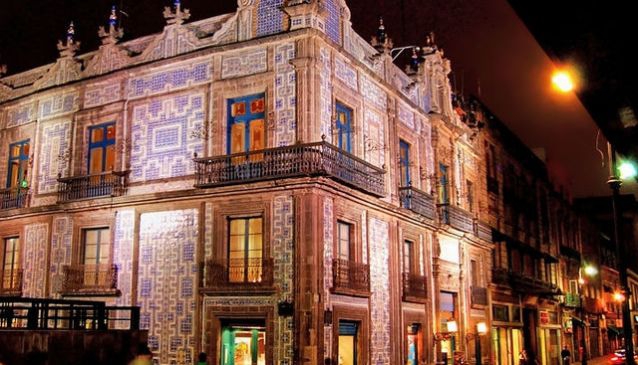 The Casa de los Azulejos - or House of Tiles, is an old mansion house famed for its blue and white tiled exterior. It was built in the 18th century by the Count del Valle de Orizaba. Its impressive façade is unusual due to it outer walls, covered entirely with exclusive blue and white tiles unique to the Puebla state. The Palace remained a private building until the second half of the 19th century. It changed hands several times after this period, until it was bought by its present owners, the Sanborn brothers, in the early 20th Century. The Sanborns used the building to house their soda fountain/drug store business, and later opened up a restaurant inside its walls.

Today, the palace is still home to the Sanborn restaurant, which has become the flagship restaurant of the Sanborn chain. The restaurant has been a favourite among writers and intellectuals over the years; its grand interior and charming garden make it a fantastic spot for wining and dining in Mexico City.