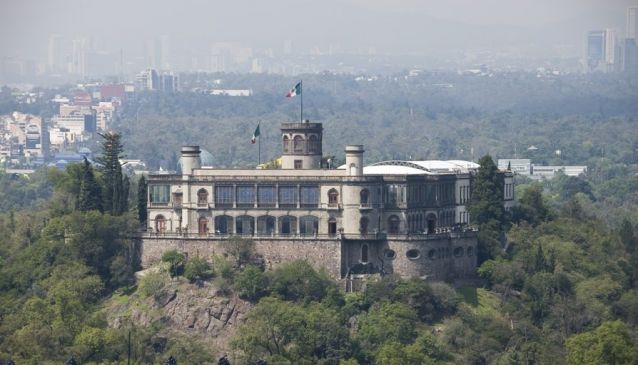 Sitting on the top of Chapultepec Hill in the heart of Mexico City Castillo de Chapultepec (Chapultepec Castle) is the most historic architectural monument of the country. Standing 2,325 metres above sea level, the castle holds historical significance as once being a sacred place for Aztecs. The castle has witnessed important moments in history and is one of only two royal castles in the Americas that was used to house sovereigns, with the other being situated in North America. The castle features a diverse and vast range of paintings, documents, photographs and objects relating to history from before colonisation to the present day.

The grounds also house the Museo Nacional do Historia (National History Museum) after previously housing the Military Academy, Imperial Residence, Presidential home and observatory. As well as holding historical significance, the castle has played a roll in popular culture, featuring in well-known films such as Baz Luhrmann's Romeo and Juliet. There is also a library within the castle specialising in Mexico's history, paintings, art, coins, clothing, furniture and architecture.