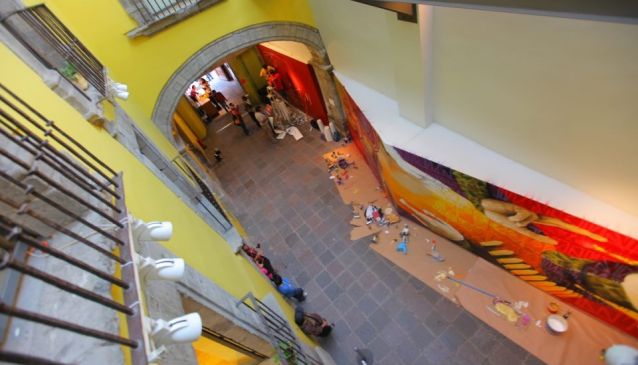 In the late 1990s, this old mansion just behind the Cathedral was in ruins when the Mexico City government ceded it to the Spanish government. When restoration work was finished, the new Centro Cultural de España was inaugurated by the king of Spain with the President of Mexico in 2002.

The land in this area used to belong to Hernán Cortés, who ceded it to one of his fellow conquistadors.

Over the years, it was modified as it passed it was used as law offices, workshops and various types of stores.

The Spanish undertook a careful restoration of the building.

This center promotes art exposition of various Mexican and Spanish artists, and include works by younger, more experimental artists as well as established ones. It also contains a small café upstairs and a gift shop downstairs.