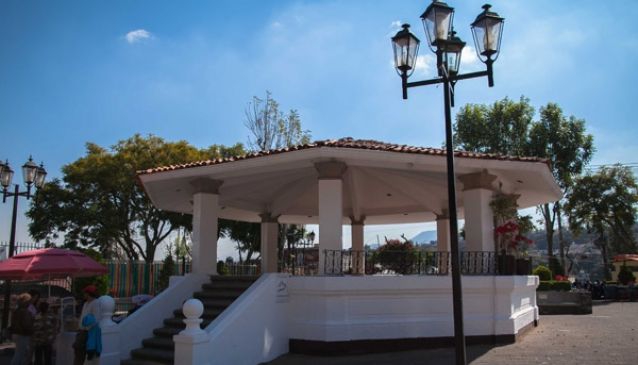 The borough of Magdalena Contreras is also a very ancient place in Mexico's capital. It was populated since years 500-200 b.C., and it had great economic importance for the city during the Colonial period and early ages of independent nation due to its natural resources. Nowadays it is has vast green areas as it is one of the main green lungs of Mexico City. It has important touristic places with ecological, social, cultural and religious activities. The last river alive in Mexico City crosses it, the Magdalena River!

In its picturesque center, this borough has a pretty kiosk and a monument to Miguel Hidalgo, Mexico's liberator and founding father. This plaza usually witnesses important ceremonies and traditions and it's surrounded by places with delicious local gastronomy, including quesadillas stuffed with deer meat! It's a place where you'll feel in a quiet province rather than in this massive metropolis!