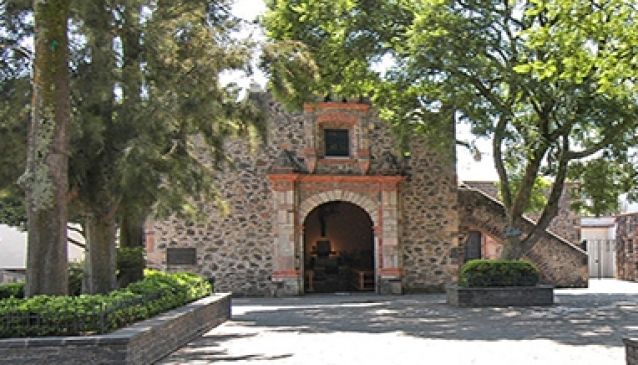 Tlalpan is one of the oldest towns of Mexico City. It is located at the South, and its most ancient vestiges date back to 1500-1200 b.C., when a group of people called 'otomies' settled down in this area and built up the city of Cuicuilco. After the conquest of the Valley of Mexico by the Spanish, the whole zone belonged to Hernán Cortés and people of his army, but later on it was populated by wealthy people and used as a summer camp.

In the 19th Century, Tlalpan gained momentum as it got steam trains and in the 20th century it had its own electric tram that connected this town with Mexico City's downtown. Nowadays, its main square is a meeting point for young local people who enjoy the tranquility of the zone, the nice ambience of the bars and cantinas around the kiosk and the music that can be heard all around. It is worth visiting as it seems that time stopped in this old town!