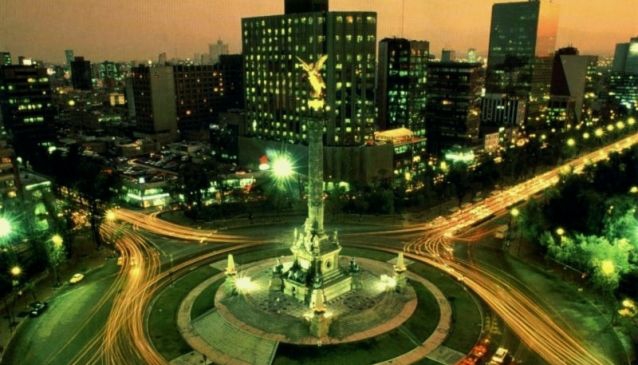 'El Angel', the victory column was built to honour and remember the birthday of the commencement of the Mexico's War of Independence in 1810.

El Angel de la Independencia (The Angel of Independence) sits on a roundabout close to Paseo de la Reforma in downtown Mexico City. More commonly known as 'El Angel', the victory column was built to honour and remember the birthday of the commencement of the Mexico's War of Independence in 1810. It has since become a crypt for the major heroes within the war and stands as one of the most well-known landmarks in Mexico City, becoming a centre point for celebrations and protests. Standing at 118 feet, the column holds four bronze sculptures at its base that symbolise law, war, justice and peace. A bronze statue of a girl leading a giant lion stands in front of the main column to represent strength as well as the innocence of the youth during the war. There is also a group of marble statues next to the column of some of the heroes from the war.