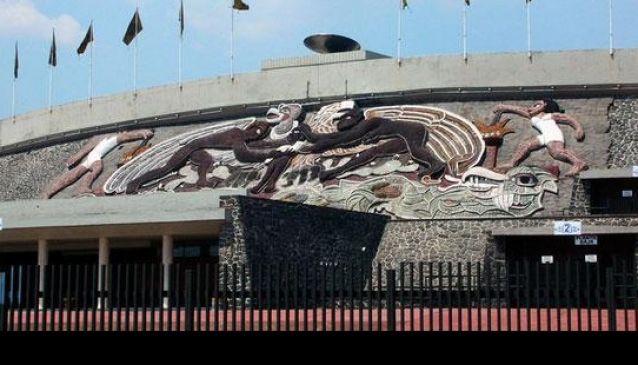 Estadio Olímpico Universitario is a multi-purpose stadium located in Ciudad Universitaria, Mexico City. It was built in 1952 and at that time was the largest stadium in Mexico. This stadium has a capacity of 68,954 . The first Major event held in the stadium was Los Segundos Juegos Deportivos Pan-Americanos in 1955. During the 50s and the 60s this stadium was used mostly for college American football matches between the largest Mexican public universities: UNAM and IPN. From the late 1950s it was used for football matches, some American football matches and athletics contests. It was named by Frank Lloyd Wright 'the most important building in the modern America'[1].

The Olímpico Universitario hosted the 1968 Summer Olympics; for the event the seating capacity was increased from 70,000 to 83,700 spectators (without substantially modifying the original structure) to cover the IOC requirements for an Olympic stadium.[2] It was the location of the track & field competitions, equestrian events, certain association football matches, the arrival of the marathon and the opening & ending ceremonies. This was the Olympics in which Tommie Smith and John Carlos protested against the treatment of black people in the USA by performing a black power salute during the medal ceremony for the 200m. The stadium also hosted several games of the Football World Cup 1986, but the final match was played in the Estadio Azteca in Mexico City.