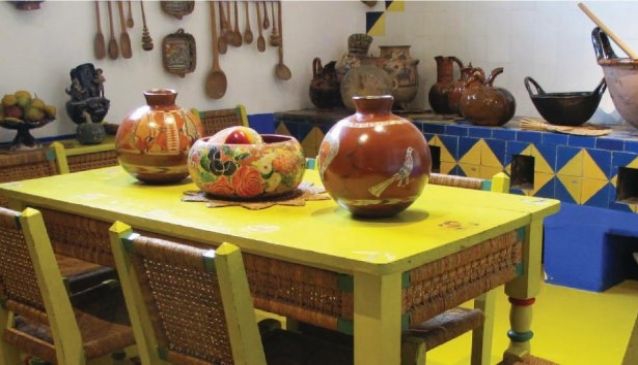 The Frida Kahlo Museum, often referred to as La Casa Azul (The Blue House), sits inside the house in which Kahlo lived.

Frida Kahlo Museum is Best For

Arguably one the most famous Mexican artists, Frida Kahlo was a pioneering figure for Latin American art. Well known among the elite art world, Frida was known for her self-portraits and for her use of Mexican culture and Amerindian culture often interwoven into her works.

The Frida Kahlo Museum, often referred to as La Casa Azul (The Blue House), sits inside the house in which Kahlo lived. It is located in a quiet suburb of Mexico City, in an old and charming neighbourhood. Kahlo began and ended her life in La Casa Azul, and resided with husband, and fellow Mexican artist, Diego Rivera during the later years. The house was converted into a museum four years after her death in 1954. It now houses many of her personal items, mementos, and a collection of her finest paintings spanning her artistic career. You'll see famous masterpieces including the portrait of her father and a number of her self-portraits.