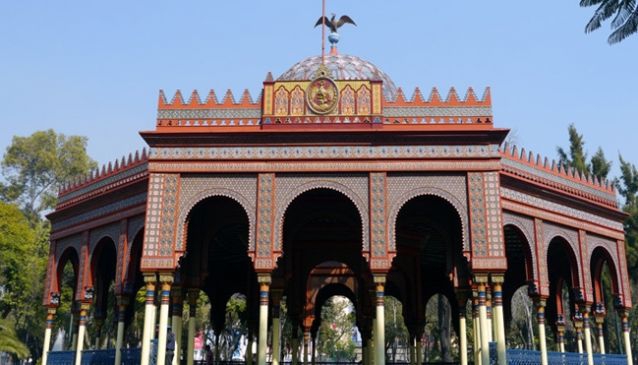 The Moorish Kiosk of the neighborhood of Santa María la Ribera has many legends behind it. This neighborhood is a traditional hub very close to Mexico City's downtown with great architectonic and historic value for the capital. It is considered to be the first modern residential development of the city. Its construction first started in 1861, when an old hacienda resting here was divided to set up new mansions instead.

The Kiosk sits on Santa María la Ribera's main plaza. It was designed by engineer José Ramón Ibarrola to host the Mexican Pavilion during the International Expo of New Orleans in 1884-85 and the Fair of Saint Louis Missouri's of 1902. It was all made of iron in Pittsburgh. Afterwards, it was brought to Mexico City and put at Alameda Central Park, but in 1910 President Porfirio Diaz ordered to move it to its current place. Since then, it became the iconic monument of the neighborhood.