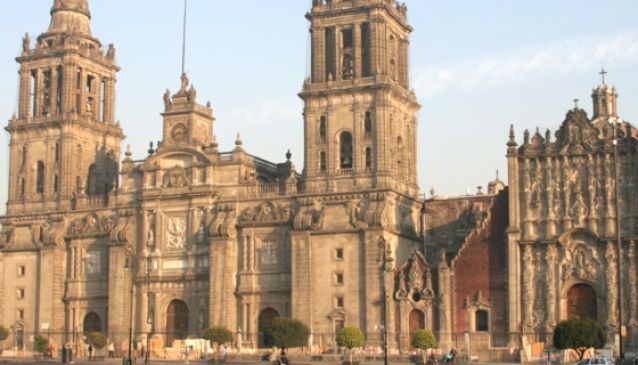 The impressive cathedral has four facades, two bell towers and a tabernacle making up its exterior. The design draws inspiration from the Gothic cathedrals of Spain,

Metropolitan Cathedral is Best For

As the oldest and largest Roman Catholic cathedral in Latin America, the Metropolitan Cathedral is a must-see for all visitors. It sits majestically at the northern edge of the Plaza de la Constitución in central Mexico City. Construction began in 1573 and continued in sections over some 200 years, before its final completion in 1813. The impressive cathedral has four facades, two bell towers and a tabernacle making up its exterior. The design draws inspiration from the Gothic cathedrals of Spain, but also bears Renaissance, Baroque and Neoclassical influence.

The church is open to the public every day for viewings. Not to be missed inside is the choir, designed in an elaborate baroque style and showcasing two dominating organs. Additionally, the Altar of the Kings is another impressive feature of the interior. Designed by architect Guillermo de Balbás, it is located at the back of the cathedral exhibiting intricate golden columns and paintings of past kings and queens declared as saints.