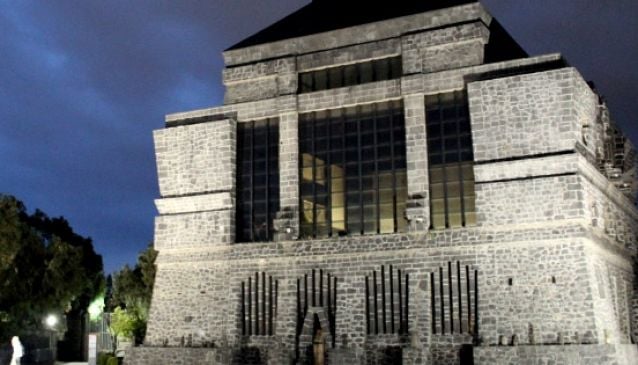 This project was created by Diego Rivera and Carlos Pellicer. The building has a square shape and it is decorated with figures that resemble the aztec pyramids. Its doors, windows and archs resemble mayan temples. The whole building is made of vulcanic colored stones, created by the mexican painter. The windows are closed with tecali (lime stone).

Diego Rivera was considered one of the greatest artists in the world, Rivera joined the Academia de San Carlos at the age of ten. Immediately, his artistic talent amazed his teachers. In 1907, following his first solo exhibition, the Government of Veracruz awarded him a scholarship to Spain. In 1908, Rivera settled in Paris. The following year he met the Russian painter Angelina Beloff, who became his first wife.

Schedule: from Tuesday to Sunday: 10am to 6pm.