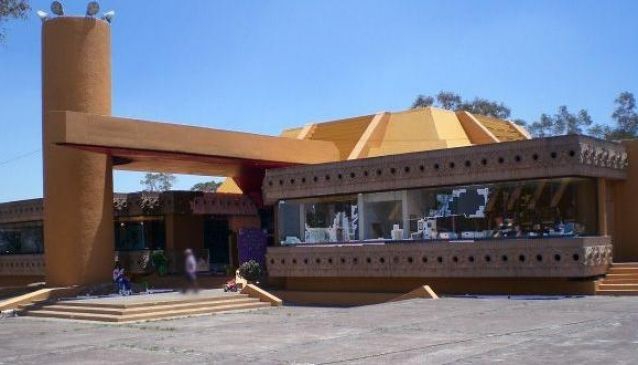 With a pyramidal shape, the Museum of the New Fire, located at the Hill of the Star in the borough of Iztapalapa, has an important collection of pre-Hispanic and colonial objects that were found in recent excavations at this zone. It also features a complete explanation of the local myth of the five suns and the ceremony of the new fire (the beginning of a new era every 52 years according to the local Indigenous legend), a copy of the pre-Hispanic calendar and reproductions of codex and maps of the ancient cities and lakes.
This museum has an open yard with original stone steles of the original cities. You can also climb to the top of the Hill, where you will find archeological vestiges of two monuments that were part of the ancient city, being the most important the pyramid that served as temple for the Ceremony of the New Fire.