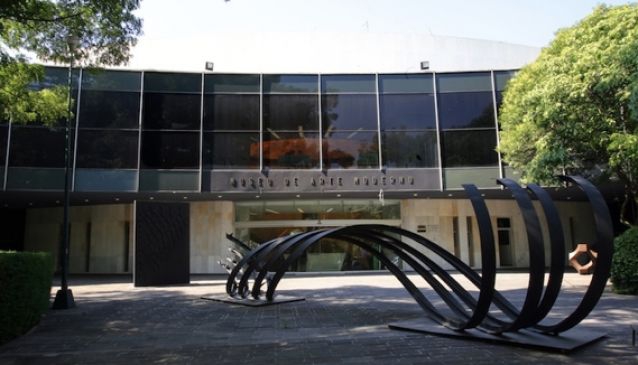 The Museum of Modern Art sits in the leafy backdrop of Chapultepec Park, and is part of the Instituto Nacional de Bellas Artes (National Institute of Fine Arts and Literature). It was formally opened in 1964 and features an extensive collection of 20th century Mexican art works. Although not vast in size, the museum is a cosy venue hosting some prominent modern artworks, and is often overshadowed by its competitor museums in the city.

Its collection consists of around 3000 artworks, including paintings, sculptures, photographs and prints. The permanent collection features artworks from Frida Kahlo, Gelsen Gas, Olga Costa, Diego Rivera, and a number of other influential Mexican artists of the 20th century. The museum also hosts a number of temporary exhibitions incorporating artworks from both national and international artists. Access the gallery via Chapultepec station on metro Line 1. Admission to the museum costs $25.