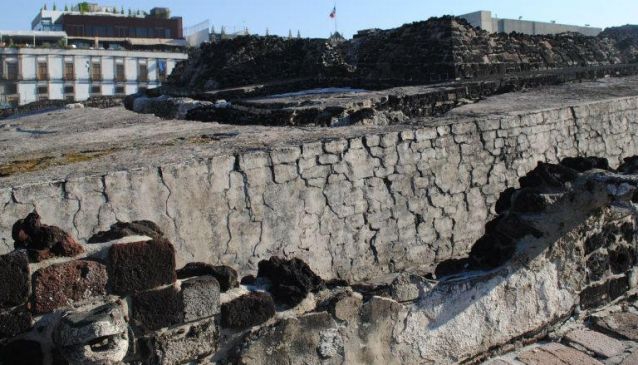 The Templo Mayor was an important temple during the Aztec times. It was dedicated to two Gods, Huitzilopochtli, god of war and Tlaloc, god of rain and agriculture. Sadly, the Spanish destroyed the original construction in 1521, but the temple has been rebuilt as many as six times since its creation. Today, the remains of the site can be found near the Plaza de la Constitucion, in the central region of Mexico City. The remains of the archaeological site have been excavated, and the Museo del Templo Mayor runs tours of these.

The museum, inaugurated in 1987, also stores many of the archaeological findings from site. The collection documents the temple's long and varied past and teaches about the city that once dominated Mesoamerica before the Spaniards conquered. Admission to the museum is $57 and free for students, senior citizens and children under the age of 13.