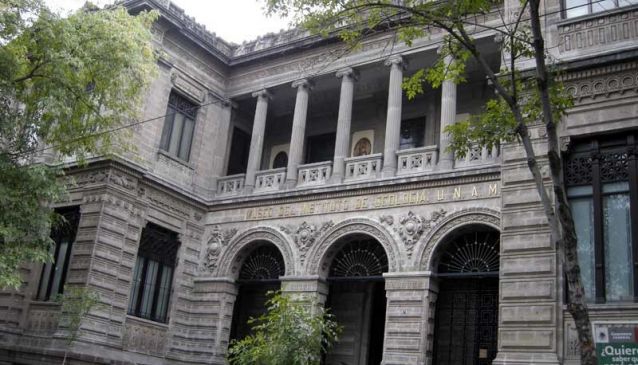 In 1886, the Mexican Government created the National Commission of Geology aimed at conducting research on the country's natural resources. In 1906, the Museum of Geology was opened in a stunning house situated in the most prosperous neighborhood of the time: Santa María la Ribera. It was inaugurated to host the 10th International Congress of Geology.

In 1929, this institute was absorbed by UNAM (Mexico's most important university) and in 1956 the administrative and academic staff moved to the university's campus, so that this building remained only as museum. It has a vast collection of fossils, rocks, minerals and meteorites.

The façade and interior are impressive examples of eclectic architecture. Its lobby has mosaic floors and a splendid staircase of Art Nouveau style made in Germany. Its walls preserve murals painted by José María Velasco (a prominent Mexican artist), and its doors have stained glass windows showing different Mexican motives.