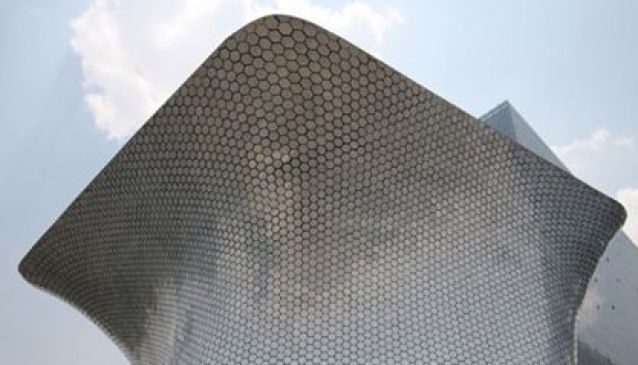 The Museo Soumaya is a private museum in the the Polanco area of Mexico City.
Admission to the museum is free. It is owned by the Carlos Slim Foundation and contains the extensive art, religious relics, historical documents, and coin collection of Carlos Slim and his late wife Soumaya, after whom the museum was named.
The museum holds works by many of the best known European artists from the 15th to the 20th century. It contains a large collection of sculptures by Auguste Rodin.
In 2011 it opened this new location which cost over $70 million to build. The new building, a shiny silver cloud-like structure reminiscent of a Rodin sculpture, was designed by the Mexican architect Fernando Romero, who is married to a daughter of Carlos Slim.