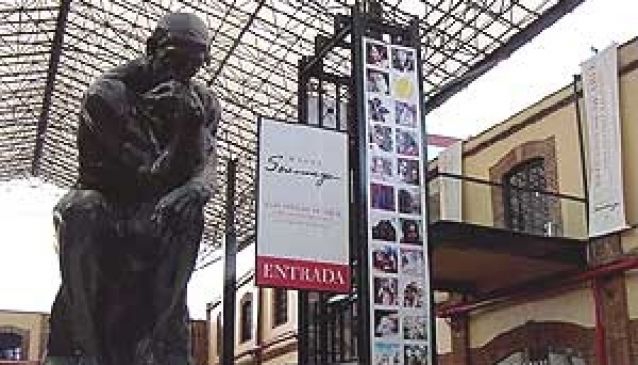 As part of Carlos Slim's Foundation, Soumaya Museum opened its doors in 1994. It is a cultural institution that has the main goal of collecting, researching, preserving, spreading and exhibiting the artistic heritage of Mexico and Europe. It aims at promoting cultural knowledge through many activities: permanent and temporary exhibitions, catalogues and publications, conferences, film festivals, among others.

This museum is placed in a former property of Hernan Cortez, the Spanish conqueror of Mexico. Later on, during the colonial period it was a mill and then it happened to be the most important paper industry of Latin America: Loreto and Peña Pobre, which was transformed in the 1990s into shopping and cultural centers.

In Soumayas collections you can find master pieces from Italy, France, Germany and Spain, ranging from the 15th to the 18th Century. It also has a remarkable collection of pieces of pieces from Mexico and South America of the same period. Among the most famous artists, you'll find Rodin, Picasso, Dali, Siqueiros, Rivera and Tamayo. Best thing: It has free admission!