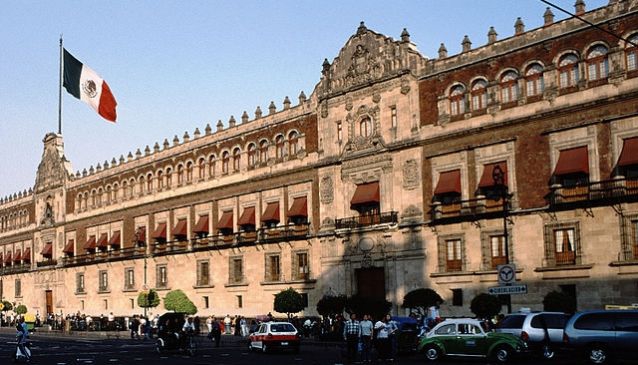 The home of the ruling classes, the Palacio Nacional stands proudly on Mexico City's central square, the Plaza de la Constitución. Its red-hue exterior lines the entire eastern edge of the plaza, and is home to the President's office, the Federal Treasury, and a number of iconic murals by Mexican artist Diego Rivera. The murals were painted in 1929 and 1935, and depict Mexican civilisations over the centuries.

The ruling classes have inhabited the palace for centuries, since as far back as the Aztec times. Much of its décor belonged to Moctezuma II, who ruled in the early 1500s. The palace was then claimed by Cortés in 1521, who destroyed the original building and transformed it into a fortress. In 1562, however, the crown bought the palace, and it became the home of the royals until Mexican Independence. Today, it is the central Government building and the home of the national archives.