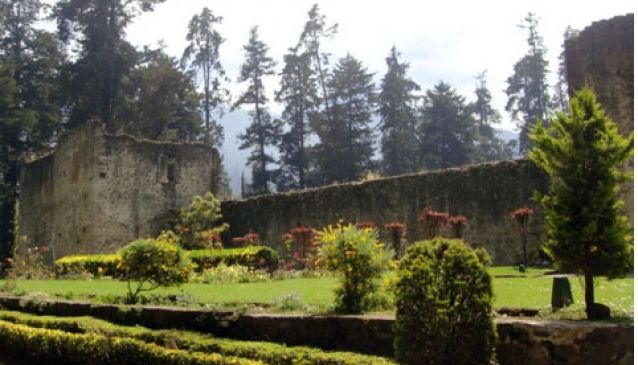 Located in the high mountains surrounding Mexico City, this National Park has a total area of 1,867 hectares, representing approx. 15% of Mexico City's Valley. Its altitude varies from 2,600 to 3,700 meters above sea level, which makes it a forested area with cold and damp climate.

This forest was used as a retreat for Carmelite monks in the 17th Century, for which the name 'Desierto' does not mean 'desert' but rather not populated (there's no official version of where the name 'Leones' comes from, but it's certainly not because there are lions in that area). The first monastery was set up between 1606 and 1611, but due to the fast deterioration of its structure it was demolished 100 years later and a new and more impressive one was built. Many parts of the Monestary complex is now open to visitors with guided visits.

On the other hand, nature lovers also come frequently to this park for its forested zones of pines, oaks, brooks and waterfalls. It is the oldest protected biosphere in Mexico, declared as such in 1876 and then as National Park in 1917. It offers many outdoors activities, such as day and overnight camping, camping, hiking, and mountain biking. You'll certainly feel as if you were not in the Mega City anymore!