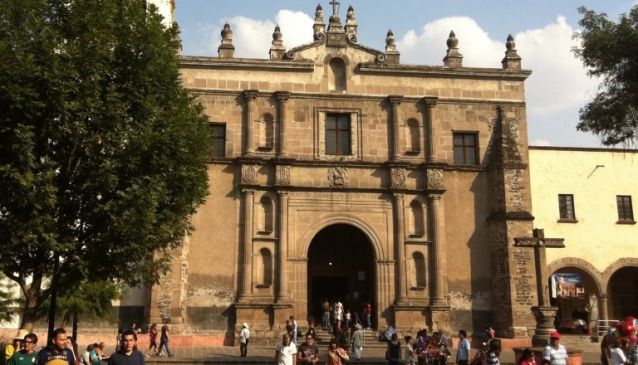 Located in the Jardín Centenario, the San Juan Bautista Church and Former Convent is one of the oldest temples in Mexico. Its construction was completed in the 16th century, on the remains of the Calmecac (the school for the children of Aztec nobles) that existed in the pre-Hispanic times. Construction began in 1592 and was finished by the end of the century. It has belonged to both Franciscan and Dominican monks over the centuries, and in 1934 it was declared a national monument.

Inside it is adorned with paintings and murals from the Baroque period and flaunts intricate gold carvings. The paintings depict the life of the Virgin, the lives of the saints and many other religious scenes.