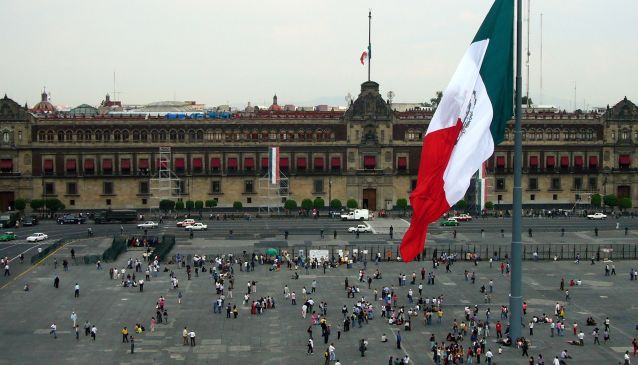 The Plaza de la Constitución, or the Zócalo as it is increasingly known, is the central square in Mexico City. As one of the largest city squares in the world, it has been the central gathering point from as far back as the Aztec times in Mexico. The plaza gets its name from the Cádiz Constitution in southern Spain, which was established in 1812.

Its location looks north at the cathedral, east at the National Palace, south at the Federal District Buildings and west at the Nacional Monte de Piedad. Flocked with people each day, the plaza is lined with restaurants along its edges and exhibits four small fountains shaded by greenery in its centre. The open space is often used for political protests, religious gatherings, street performances, kids activities and many more social events. Being in the centre of the city, it is easily accessible via foot, bus, or metro - for which the station is located at the northeast corner. Although buzzing at any time of the day, the plaza is a particularly fantastic place to spend evenings, socialising over drinks and enjoying the street musicians.