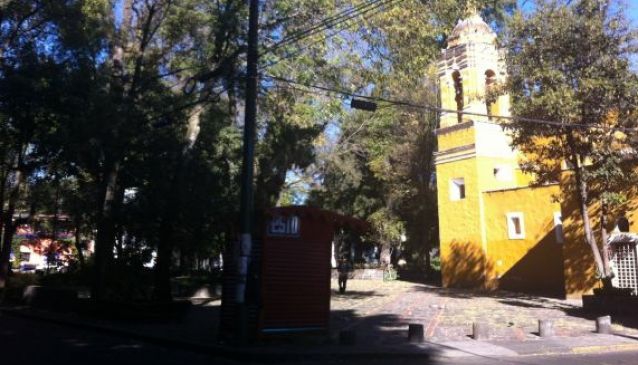 At the South of Mexico City, close to the center of Coyoacan, there used to be a pre-Hispanic city called 'Omac', which means 'between two waters'. After the colonization of the zone, the ancient city was destroyed and a colonial town was built on it, which is nowadays known as the neighborhood of Santa Catarina. At its main square you can find its picturesque church which preserves the name of the ancient city. Its plaza has a wall from the 17th century and a bust of Francisco Sosa, a famous historian and chronicler of Coyoacan.

Around Plaza Santa Catarina you will find opulent colonial houses, theaters, delicious restaurants with nice terraces, coffee shops, boutiques and spas. It is definitely one of the most colorful, picturesque and beautiful zones at the South of the capital.