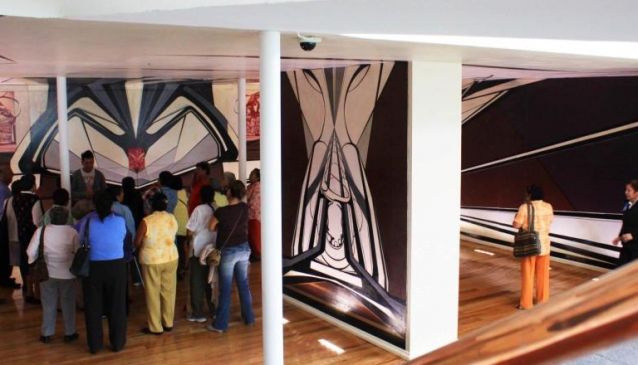 Situated in the neighbourhood of Polanco, the Sala de Arte Público Siqueiros (SAPS) is an exhibition of the work by Mexicn artist David Alfaro Siqueiros (1896-1974). Here you'll see a number of his paintings, graphic works, drawings, mural studies and projects, which he donated to the 'people of Mexico' before his death.

The property was the home of the Siqueiros family in the late 50s, and in 1969, it became David Siqeuiros' personal canvas. He made a number of architectural changes to the house, choosing to adorn the walls and ceilings with his own murals.

After the artist's death, Angelica Arenal - the widow of the painter - formed the Trust David Alfaro in order to maintain his legacy. After her death in 1989, the Sala de Arte Público Siqueiros became part of the Instituto Nacional de Bellas Artes (the National Fine Arts Institute), which has been responsible for the collection ever since.