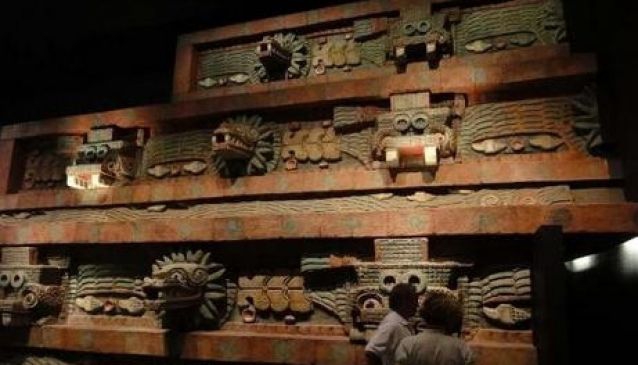 The National Museum of Anthropolgy - Mexicocity

Directions to The National Museum of Anthropolgy

Situated between Paseo de la Reforma and Calle Mahatma Gandhi in Chapultepec Park, Museo Nacional de Antropologia (The National Museum of Anthropology) holds one of the world's largest collections of archaeological and anthropological artefacts from prehispanic Mayan civilisations to the Spanish conquest and significant pieces from the pre-Columbian heritage of Mexico.

The museum is one of the most important museums and the most visited museum in Mexico. Designed in 1963 by Pedro Ramirez Vazquez, the building holds impressive architecture and has an iconic umbrella roof that is supported by a single column, representing a mythological tree which depicts eagles and jaguars, all of which were important symbols to the prehispanic natives. Each salon within the building displays artefacts from a particular geographic region or culture, with highlights including the Piedra del Sol, the 16th century Aztec statue of Xochipilli, a reconstruction of an eighth century Mayan tomb and the Aztec Calendar.