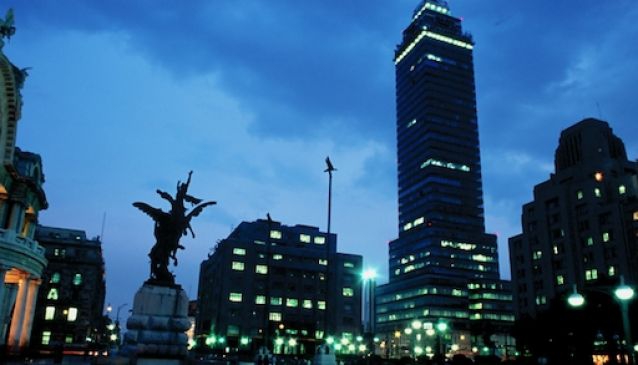 La Torre LatinoAmericana, or the Latin American Tower, is an iconic skyscraper dominating the skyline of Mexico City. Once the tallest tower in the city, it is an important and much loved landmark in Mexico's capital. During the time of its construction, in 1949, it was thought to be one of the world's first major skyscrapers built on land prone to seismic activity. Its carefully thought-out design makes it fully earthquake proof, having survived the earthquakes of 1957 - which struck just a year after its completion - and 1985.

Although today it is no longer the tallest skyscraper in the city - having been surpassed by the Pemex Tower, the World Trade Center and the Mayor Tower - it remains an important landmark and a pioneer of modern Mexican architecture. The tower houses 43 office floors, a museum, and a belvedere on its top three floors offering fantastic panoramic views of the city.