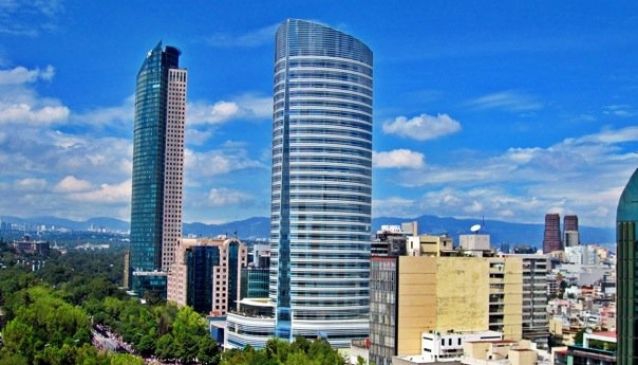 Finished in 2003 and with 55 floors, this was the tallest building in Latin America at the time, but is still the tallest in Mexico. The building is home to many important business headquarters, both national and international, as well as embassies, arts centres, hotels, and restaurants. You could argue the case that this is one of the safest buildings in Mexico. For a start, it has impressive shock absorbers and detection devices which protect the structure from the effects of earthquakes (which are common here). This skyscraper has proved itself a number of times, including withstanding one earthquake which hit 7.9 on the Richter scale. Furthermore, Torre Mayor is the only skyscraper in the world that was built without any fatalities during its entire construction. It also has the safest (and highest) heliport in South America. Torre Mayor is a fantastic monument to modern architecture, also going beyond the call of duty on environmental standards and responsible energy usage, and is in fact due to receive a LEED certificate soon. With impressive water and electricity saving systems (quite deservedly called 'intelligent design'), you'll understand why it deserves this prestigious certificate and all the hype. Check it out for yourself.