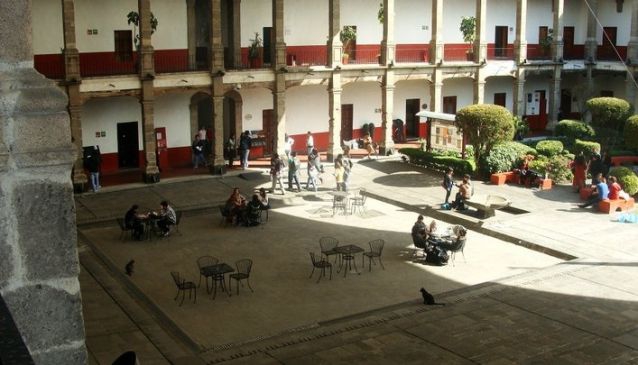 Situated in the historic centre of Mexico City, the Universidad de Claustro de Sor Juana (University of the Cloister of Sor Juana) is a private university set in the former San Jerinumo Convent. Offering bachelors, masters and certificates mainly in the humanities sections, this university is best known for previously being the home of Sor Juana Ines de la Cruz, who lived there for over 25 years, where she produced most of her well-known pieces of writing.

The church was built in a Renaissance style and was labelled as a university in 1979 after previously holding a number of institutions and businesses as well as a large dance hall. The building holds Herrerian influences, with Dorc columns and pilasters. The sculpture of Saint Hieronymite which can be found in the Universidad de Claustro de Sor Juana is the second oldest stone sculpture of the colonial period. The campus contains neoclassical constructions, mainly within its library.