With more than 100 years of existence, it is the second most popular sport show in Mexico.

Mexican freestyle wrestling (better known as “las luchas”) has more than 100 years of existence and it is the second most popular sport show in Mexico, after soccer. It has permeated the national culture in ways that no other sport has: its representatives are real idols, almost seen as semi gods or demons in an epic battle between good and evil.

The oldest records of wrestling in Mexico are from 1843, when a group of businessmen hired athletes to fight in improvised rings. Years after, during the second French invasion to Mexico (1862-1867) some French soldiers organized Greco-Roman and Olympic wrestling in theaters, bullrings, and circus. Since then, Mexicans learned this sport’s technics and maneuvers and developed their own style, known as freestyle wrestling. During the 20th Century, big wrestling firms set up in Mexico City, including the World Freestyle Wrestling Council (founded in 1933 by Salvador Luttherot, the “father of freestyle wrestling”) and the worldwide known AAA (Assistance, Advisory and Administration).

Trying to define or describe what this show is about is a monumental task. It involves everything: sports, culture, passion, heroes and villains, colors, artisans, families, money (a lot of it), folklore, rules, controversy, blood, mysticism… That is why the voice of an expert is needed to put together all of these elements. This expert is Dorian Roldan, the Vice President of the AAA. 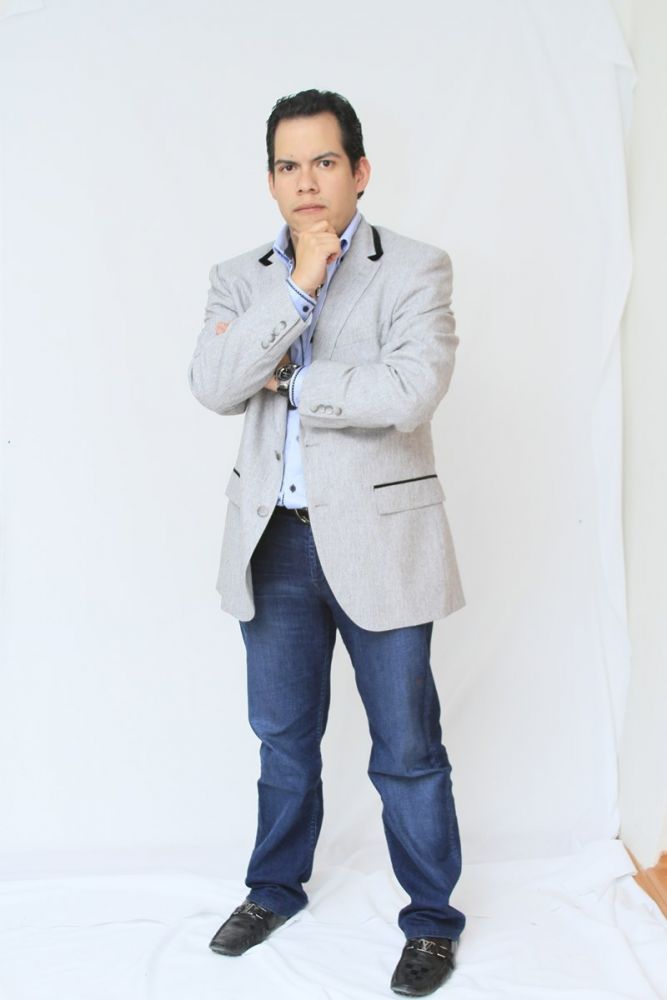 Good vs. Evil: Técnicos vs. Rudos

When a Mexican wrestler starts his/her career, the most difficult decision must be made: being “Rudo” (rough) or “Técnico” (technicians). The first are the heels, the tough guys. They usually break the rules and are characterized as cheaters. They are the bad fellows and represent the Evil in the battle. The technicians are the good guys. They play by the rules with much more complex maneuvers and tend to be more popular among the audience. Wrestlers can switch sides, especially after being defeated or betrayed by other members of their gang.

No matter what side they pick, they also have the right to choose if they will wear a mask or not. The common bets amongst wrestlers are mask-against-mask, hair-against-hair, or mask-against-hair, meaning that the winner will take away the mask or the hair (unmasked wrestlers bet their hair) of the loser. Being unmasked by an opponent is the ultimate insult, as it is a permanent loss (the unmasked wrestler cannot use that mask ever again).

According to Dorian Roldan, what makes the Mexican freestyle wrestling unique is precisely the use of masks. “Masks transform the characters into popular heroes. They are artisanal and picturesque elements. All the masks are handmade, for which artisans, sports and culture end up together in this show.”

There are many versions of the origin of the masks in wrestling shows. Some say that an American wrestler who lived in Mexico in the 1930s asked a Mexican craftsman to design a leather mask to hide his real identity. Some others affirm that a Mexican appeared first as an anonymous masked wrestler. In this regard, Dorian sustains that “there is no official version of the origin of the masks, but in the representation of the fight of good vs. evil, the Mesoamerican cultures always used masks! Ever since then, the tradition of using masks during battles has remained”.

In ancient times, more than 3,000 years ago, the Olmec warriors used masks in their ceremonies, battles and funerary rites. Based on this tradition, many Mexican wrestlers decided to hide their face under original masks representing animals, mythological creatures, dark beings, or good knights. These mysterious men become the superheroes or villains of kids and adults and their identity remains anonymous until the mask is ripped away by a stronger wrestler. “The fact of not knowing who is behind the mask, this mysticism around the hero, makes the Mexican wrestling more magic. Losing the mask is losing the character forever”, asserts Dorian.

Nowadays, these masks are very popular worldwide. Dorian highlights that “after tequila, mariachi and the Virgin of Guadalupe, the wrestler mask is the most representative element of the Mexican culture abroad. It is present in World Cups, Olympics and wherever there is a group of Mexicans”. This tradition has been adopted by some wrestlers in the US and even in Japan. 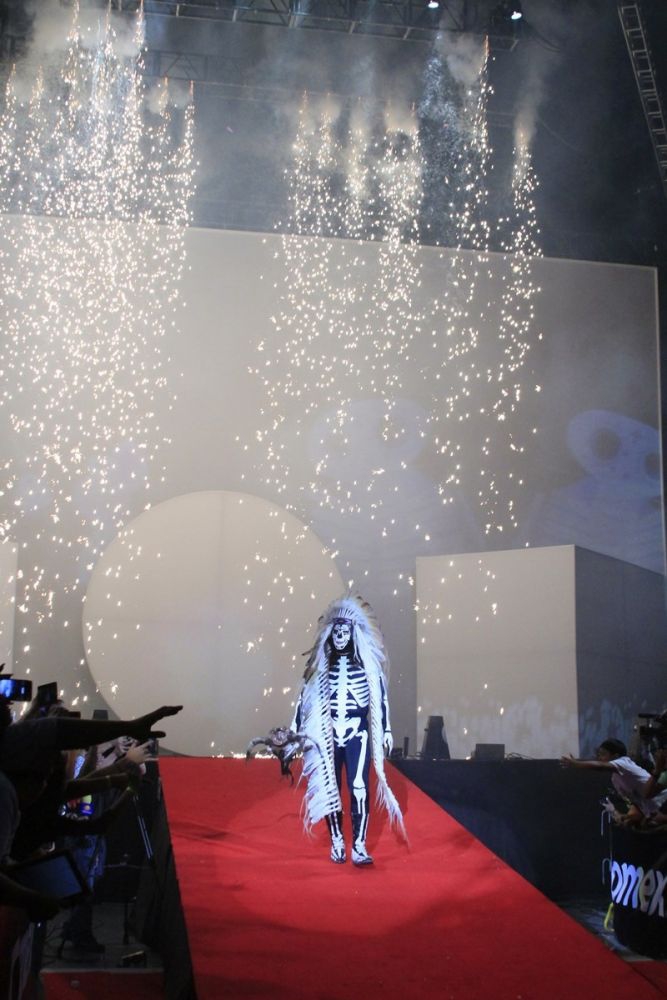 Some of the most famous legends of the Mexican freestyle wrestling appeared in the 1950s, such as El Santo (the Saint), Blue Demon, Mil Máscaras (Thousand Masks) and El Cavernario (Cave man). Some of them even made it to the film industry and expanded their popularity not only in Mexico, but worldwide. In the 1980s, another generation of idols emerged: El Perro Aguayo (Dog Aguayo), Tinieblas (Darkness), Canek and El Solitario (Solitary), while many Japanese, American and European wrestlers came to Mexico and influenced the freestyle wrestling with new maneuvers and acrobatics.

In the 1990s, the main wrestling firms decided to make this spectacle more impressive with sound and light shows, screens, different rings, cages, female battles, etc. At the same time, the wrestlers improved their technics and new stars arose: Octagon, Máscara Sagrada (Sacred Mask) and Cibernético (Cybernetic), among others.

Nowadays there are dynasties of two or three generations of families that have dedicated their lives to this sport. That is the case of Dr. Wagner Jr., Texano Jr. and Perro Aguayo’s Son. However, new idols keep emerging, more recently: Místico, Electroshock, Mesias and L.A. Park.

Mexican wrestlers have international fame. They perform in Japan, the US, Spain, Germany, the UK and Puerto Rico, among other countries. They are recognized as global legends and are sought by the best wrestling companies around the world. “We have the best wrestlers on the planet. Mexican wrestlers are the most acrobatic and spectacular”, says Dorian. Significantly, the AAA has wrestlers from Canada, the USA, South Africa, Brazil and Australia.

The internationalization of this show has increased and will not stop. Throughout its 22 years of existence, the AAA has organized tours in Europe, South and North America and Asia. For instance, the “Tiplemania” –the AAA’s anniversary’s show- has been in 5 cities of Japan and in important venues of the US, such as the Madison Square Garden and the Sports Arena.

Every year, more foreigners come to see these shows. They are amongst the five most recommended things to see in Mexico City. Dorian explains that “the Mexican freestyle wrestling is representative of the Mexican society. When foreigners go to see these shows, they discover a different Mexico, a more real one. When they see the Mexican families gathered together around this show in catharsis, with all the screaming and passion, they realize that this is a unique spectacle that cannot be found anywhere else in the world”.

If you have plans to come to Mexico City in August 17th, we recommend you to go to this year’s Triplemania, as it’s the biggest wrestling show of the world (15,000 people will attend it). Now you know more about this element of our culture. We dare you to come and discover it! 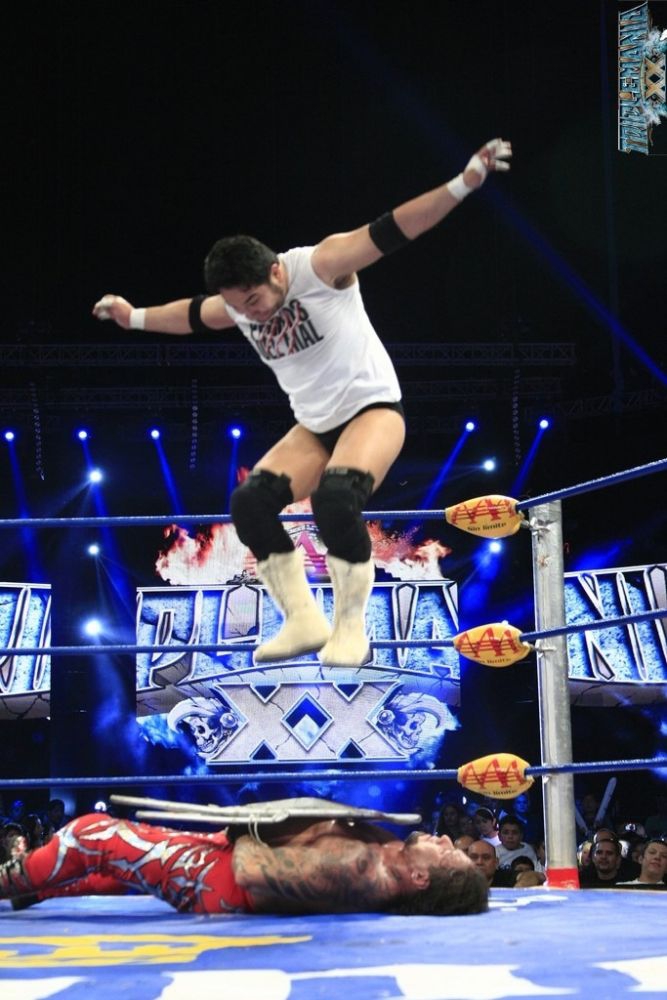