Discover one of the most varied, delicious and recognized gastronomies of the world!

If you think that Mexico City’s gastronomy is about nachos and burritos, I have some news: you’ll hardly find them in restaurants. The good news is that you’ll be able to discover one of the most varied, delicious and recognized cuisines of the world! Here are ten reasons to support this fact:

1.       Born to be delicious: The Aztec Emperor Moctezuma II (1466-1520) and his court used to have around 30 different dishes served per meal, which included turkeys, native pheasant, small birds, doves, ducks, deer, rabbit, worms and ants, all accompanied with the traditional maize tamale and tortillas [1]. In addition, their diet included fish from the Gulf of Mexico, guava, avocado, sweet potatoes and other fruits from the warmest regions of the country and Central America [2]. In fact, we still eat many of those ingredients every day!

2.       From Mexico to the world: Corn, chili, chocolate, vanilla, tomato, beans, avocado, turkey, cactus and its fruits, zucchini and its flowers, pumpkin, different types of syrups, as well as some types of potatoes… These are just some of the many ingredients that Mexico gave to the world’s gastronomy [3]. They were present in the native Indigenous kitchens and are still present in our daily diet. Can you imagine a pizza without tomato sauce or a dessert without vanilla and chocolate? You’re very welcome. 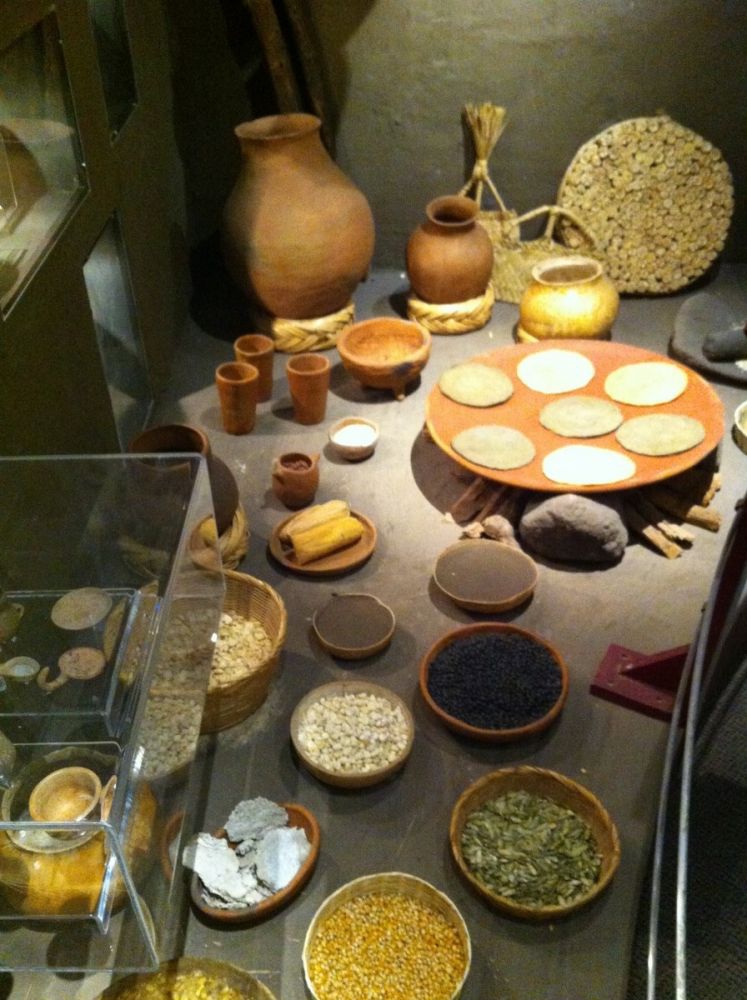 3.       A melting pot: Mexico City is a fusion of many centuries of history and traditions from all around the world. The Aztec Empire already traded with other regions and cultures from within the country and across Central America. Thus, a large amount of ingredients from very distant places (even Honduras or Panama) were found in the ancient kitchens of this city. Afterwards, the Spanish conquest brought ingredients from the rest of the continents!

4.       A historic fusion: With the arrival of European cultures in the 16th century, ingredients and flavors from all around the world merged with the native cuisine, creating one of the most wonderful and diverse gastronomies. The Spanish imported ingredients and techniques from Arab, Caribbean, Spanish and other European cuisines, and blended them with the Indigenous ones, developing new flavors and skills that evolved throughout the three centuries of the colonial period [4].

5.       The center of the food world: During the colonial period, Mexico City was the center of the trading route between Europe (with boats arriving to Veracruz) and Asia (which main port was Acapulco). Thus, Mexico City became a rich and vibrant metropolis. It assimilated ingredients and eating habits from all around the world to its diet, such as eating Asian rice every meal (mixed with Mexican ingredients of course!), and incorporating meats (beef, pork and chicken), dairy products, sugar cane and other ingredients from Europe [5]. 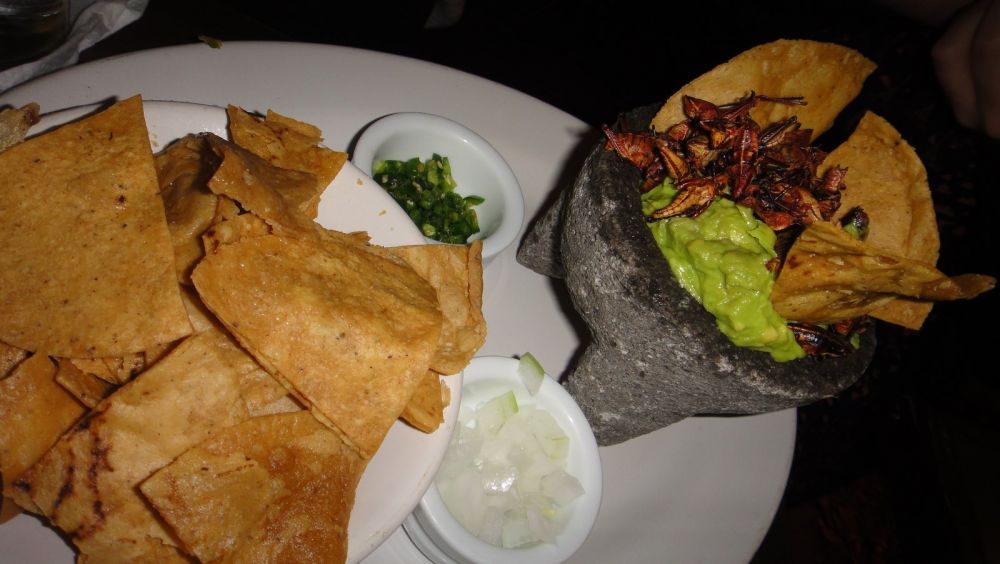 6.       Nouvelle fusion: After its independence in the 19th century, Mexico was invaded twice by France (1838 and 1862) and it was ruled by an Austrian Emperor (Maximilian of Habsburg) and his wife from Belgium (Charlotte Amelie) from 1862-1867. Hence, large communities of French people and other European nationalities established in Mexican territory, for which products and techniques from France, Belgium, Austria and Hungary blended with the already very developed Mexican cuisine, making it even more sophisticated, tasty and diverse.

7.       Internal migration: As you know, Mexico City is one of the largest and most populated capitals of the world. This is not due to an unexplainable fertility rate among the native population but is rather the result of massive migrations from the Mexican provinces to the capital city in the last six decades. As a result, ingredients and recipes from all along the country came to this metropolis. That’s why Mexico City’s cuisine involves the whole country’s cuisines.

8.       Deliciousness all over: According to the OECD, Mexicans work more hours (10 hours a day) than the rest of the countries. This brings the urge to eat something fast and easy, usually on the streets. That is why street-based fast-food in Mexico City is so abundant and popular, tacos (a corn-soft tortilla usually stuffed with meat and salsa) being the king of this type [6]. It is practically everywhere, affordable and delicious! 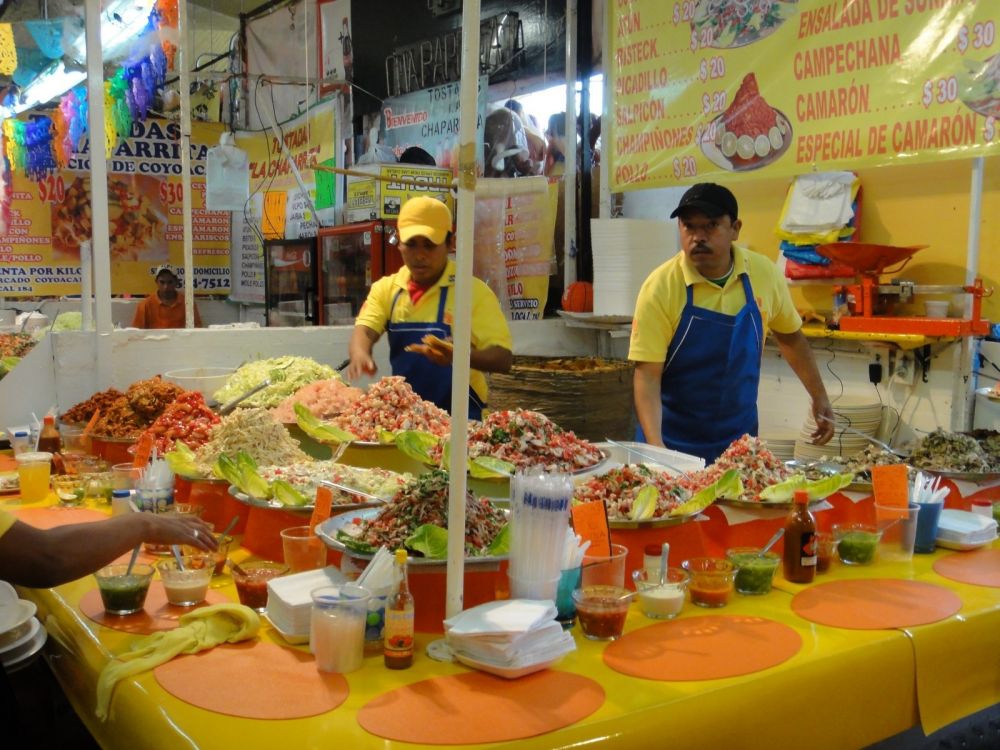 9.       A remarkable tradition: Mexico City is home to more than 51 thousand places serving food [7]. In 2014, this city won the Guinness Record for gathering the largest amount of chefs (3,634) in one place: the Angel of Independence. It also hosted the international event “Mesamerica”, where some of the top chefs of the world such as Mario Batali, Mikel Alonso, Rodrigo Oliveira and Renzo Garibaldi, gathered together in conferences and culinary activities celebrating street food in big cities of the world.

Hence, in Mexico City you’ll find one of the most varied and fantastic gastronomies of the world, resulting from the fusion of the best of each place. We guarantee: you won’t want to stop trying every single dish and you’ll love each one of them! 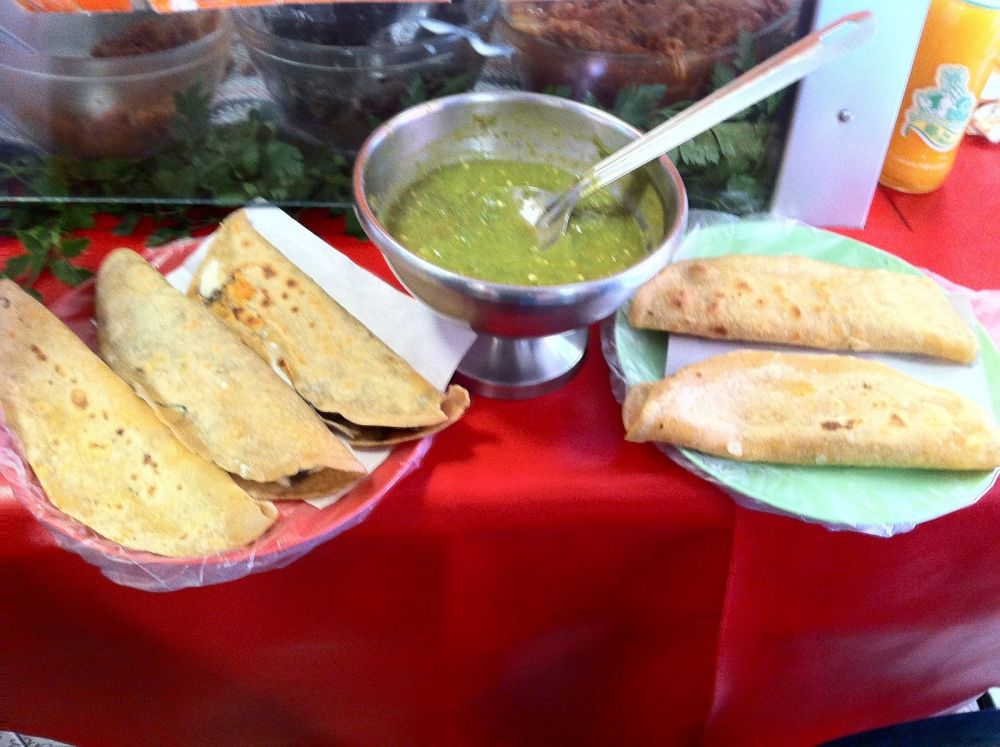